Brokers Paying Truckers Too Little – Is Legislation the Answer?

My inbox has been flooded lately with news stories about truckers getting paid far too little to run freight. I saw one owner operator talk about he was getting paid $250 to run a load that used to pay $1,000. It’s all about the greedy brokers who are enjoying high margins, and they need to be stopped (Overdrive). Right?

Many point to government regulation as the answer to fix what’s wrong with trucking. After all, truckers are the backbone of our economy, and they deserve to be treated favorably.

This “easy fix” of capping brokers’ margins or making sure truckers get paid at least a certain amount per load is not, in fact, an easy fix. It’s almost impossible to enforce, and this line of thinking will take you down a dangerous road that looks like a lot like communism.

Before I go on, I have to say that I work and manage an asset company. My heart and soul is with the truckers who run our freight and keep our country moving. And still, I strongly disagree with the idea of putting government regulations on brokers. That should say something.

The History of Government Regulation

The trucking industry has seen its fair share of government regulations over the years. The most recent being the introduction of Electronic Logging Devices, or ELDs.

Did truckers love that government regulation? Heck no!

Are ELDs a perfect solution when you’re seven minutes from your delivery, but you have to shut it down until the next morning to take your mandatory break? No!

Government regulations, no matter how well-meaning, are never perfect.

Plus, the market tightened up immediately when ELDS went into effect (JOC). Brokers lost a ton of money trying to cover loads for their customers, while truckers oftentimes made more than what the brokers had in the load.

When the government deregulated the telecom business, costs went down and better service went up (Direct Energy). Coincidence? I don’t think so.

When the government announced Obamacare, suddenly our health insurance rates started doubling every 6 months, and for less coverage! Now, it’s almost not affordable for the average person to get health insurance (Forbes).

If the government starts regulating brokers, be careful what you wish for. There will be fallout for everyone.

The Trucking Industry Would Collapse

So many drivers say that brokers shouldn’t exist.

I can tell you right now that the trucking industry would collapse without brokers.

If you are working for an asset company hauling freight, you or your company are going to have loads now and again that you can’t take. Maybe the company doesn’t have enough trailers in that location. Maybe someone broke down. Whatever it is, you need brokers to cover that freight.

That’s how that works.

As a trucking company, we haul loads for direct customers, but sometimes, the areas these customer loads take us don’t offer loads back home. We need backhauls – a way to get out of that area while still making money. Deadheading becomes expensive.

Guess what! We need brokers for that.

Without brokers, we’d all be in a world of hurt.

You Can’t Have It Both Ways

So many truckers are demanding that the margins brokers make be capped. First of all, from a practical standpoint, that’s nearly impossible to enforce. How will you know what every broker has in a load? And who can say what is a fair margin?

Brokerages’ operating expenses vary greatly. The margin needed to support the office expenses in Chicago would be drastically different than the expenses to support an office in rural America.

In addition, the volume of loads dictates the margin needed to support a brokerage. Large brokerages can operate on less of a margin than smaller or startup brokerages.

Is it really fair to cap a broker’s gains without minimizing their losses?

As the market rises and falls, brokers have often had to lose money to cover their loads, and that demand can change daily.

They try to bid the rates so that overall, at the end of the year, they make enough margin to stay in operation. This is similar to how I approach bidding rates to a customer directly. I bid enough to cover our direct costs, something to cover our indirect/unexpected costs, and some profit.

Right now, brokers are able to make more margin, and everyone is angry at them and wants to limit how much money they can make.

Again, you can’t limit brokers’ upside when you don’t limit their downside.

And if you did limit their downside, truckers would also have to be forced to take loads. If margins are minimized, truckers would have to take the load, especially when the broker is giving up everything they have in it, minus operating expenses.

Truckers can’t be forced to take loads they don’t want. It’s your truck; it’s your decision. You would never stand for being forced to take a load. And brokers shouldn’t stand for having to limit their margins on sunny days.

A free market is a free market. When the market is up, it’s up. When it’s down, it’s down. But we are fortunate enough to live in capitalism. That’s what makes America different.

The way to combat not being happy with broker rates is simple: get direct customer rate contracts.

Owner operators complain about not being able to do that, so stop being a one-man show, and sign up with a company! Scale always wins.

You won’t get all the highs when the market is right, but you also won’t get the lows.

In the 80s and 90s, everyone used brokers for everything. In the last several years, the industry shifted to most shippers wanting to use asset companies.

That gives power back to the asset companies like us and the drivers who haul freight for us.

If truckers really want to advocate for legislation, take a look at tort reform. Nuclear judgments are what’s costing us all an arm and a leg on insurance.

Everywhere you turn, you see nuclear judgments, like families making $89 million in a trucking lawsuit or $140 million in an 18-wheeler accident resulting in neck injuries.

Look, the people involved in these trucking accidents have to be compensated. There’s no doubt about that. They’ve endured incredible pain, oftentimes, the loss of a loved one. And while no amount of money can make it better, it’s the only option there is.

But these multi-million dollar lawsuits are out of hand. If you want to fight for caps, fight for the caps of trucking lawsuits.

That would drive down insurance costs and open up so many more opportunities for truck drivers. 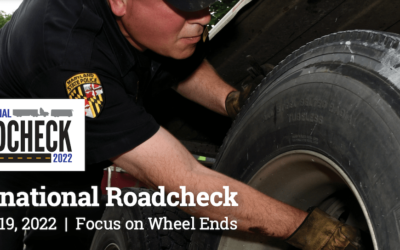